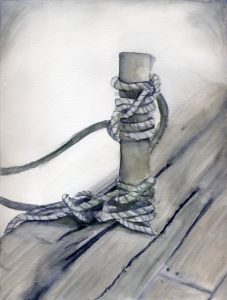 For centuries, the people of Newfoundland have been dealing with the dangers and uncertainty of life as fishermen in the North Atlantic. For the fishermen themselves, the work was hard and very physically demanding; for the families left on shore, the waiting was hard. The sight of the boat moored at the wharf was a welcome sight as it meant the men had returned safely once more. 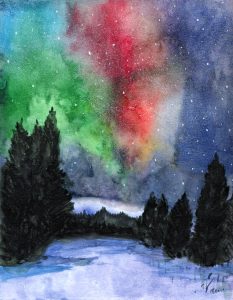 More commonly known as “northern lights”, aurora borealis is a naturally occurring light show that appears as the result of the interaction of solar winds with the Earth’s magnetosphere. While the phenomenon is more common in northern latitudes, aurora borealis can be seen in Newfoundland and Labrador when conditions are right – just one more example of the spectacular natural beauty that can be seen in Newfoundland. 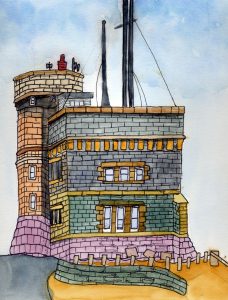 Standing tall above the city of St. John’s, Cabot Tower is an historical building with connections to many significant events. Built in 1898, it is named for John Cabot to commemorate the 400th anniversary of his discovery of Newfoundland. Its original use was to serve as a flag signaling station to notify residents of the city about the identity of approaching vessels. And, of course it was the site where Marconi received the first ever trans-Atlantic wireless message from the United Kingdom. Today, Cabot Tower is the centre of the Signal Hill National Historic Site and a must see attraction for visitors to the capital city.

The traditional Newfoundland kitchen was the heart of the home, functioning as both a gathering place and a place to cook/eat. It was a practical space and not often adorned with decorations. One exception however might be the presence of a colourful rooster. Whether it was adorned on a plate or a picture on the wall, the rooster was believed by many to bring good luck. These good luck rooster items were often passed down from generation to generation. 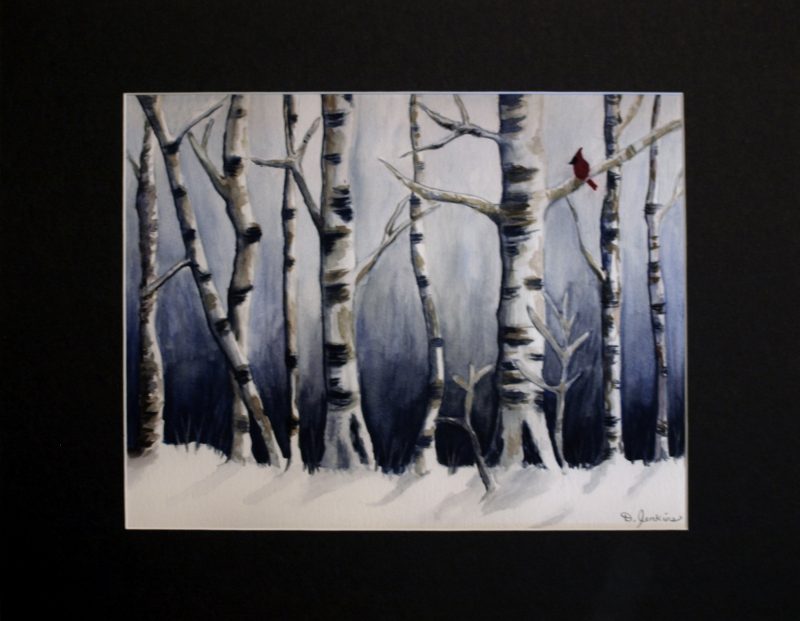 While the woods can appear bare and bleak through the shadows of winter, one can still find beauty and brightness in the trees themselves and in the wildlife that call them home.

Portrait of a Pear